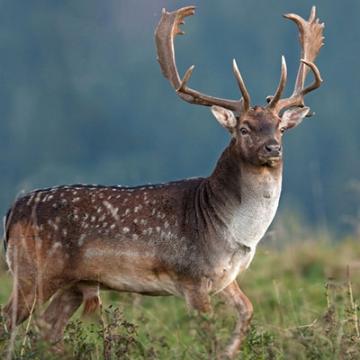 Fallow deer were probably first introduced in Britain during the Roman period but these early deer went extinct here following the collapse of the Roman Empire. In the 11th Century, deer were once again introduced from the Mediterranean as exotic animals kept in deer parks.

They continue to be kept in parks as today such as those at Magdalen College. Fallow deer are the largest deer found at Wytham as there are no Red deer in the woods. The mating season, or rut, is in October/November so if you are lucky you may hear the stags bellowing, with the longest and deepest call winning the girls.

Although you may not spot deer during the day, there are many signs to look for.